WISHING UPON THE SAME STARS

This is a poignant coming-of-age middle grade debut about Yasmeen Khoury, an Arab American girl who befriends the Jewish-Israeli girl next door. Perfect for fans of Front Desk and American as Paneer Pie.

When twelve-year-old Yasmeen Khoury moves with her family to San Antonio, all she wants to do is fit in. But her classmates in Texas are nothing like her friends in the predominantly Arab neighborhood back in Detroit where she grew up. Almost immediately, Yasmeen feels like the odd girl out, and as she faces middle school mean girls and navigates making new friends, she feels more alone than ever before. Then Yasmeen meets her neighbor, Ayelet Cohen, a first-generation Israeli American. As the two girls grow closer, Yasmeen is grateful to know someone who understands what it feels like when your parents’ idea of home is half a world away.

But when Yasmeen’s grandmother moves in after her home in Jerusalem is destroyed, Yasmeen and Ayelet must grapple with how much closer the events of the Israeli–Palestinian conflict are than they’d realized. As Yasmeen begins to develop her own understandings of home, heritage, and most importantly, herself, can the two girls learn there’s more that brings them together than might tear them apart . . . and that peace begins with them?

Jacquetta Nammar Feldman’s evocative debut reminds us that friends can be found in unexpected places. 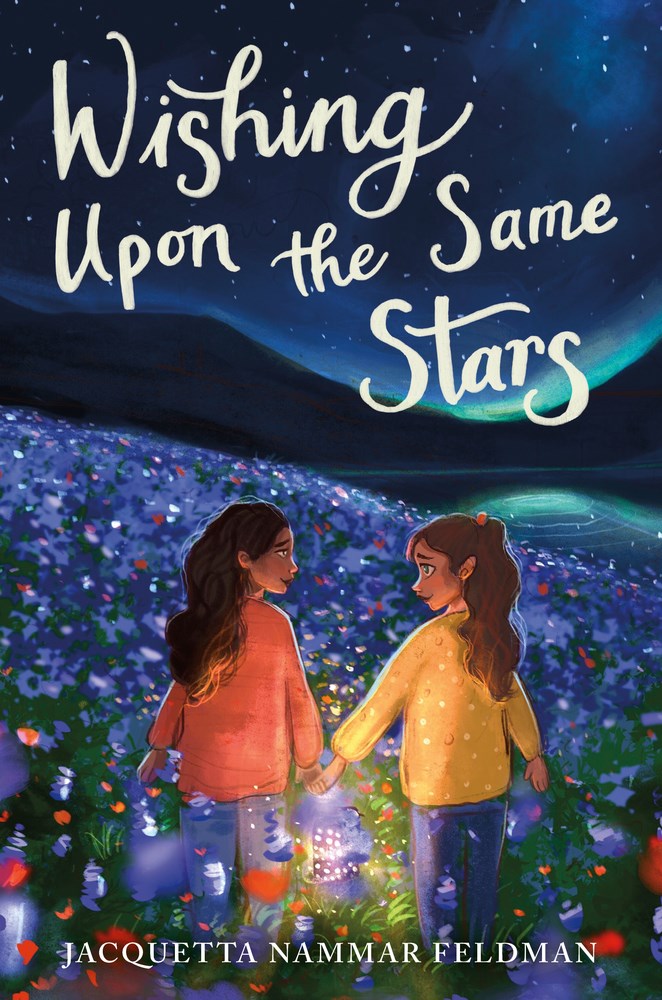